Over Memorial Day weekend, I went to New York with my sister, dad, stepmom, and our friend Collin. Our friend George, who lives in Chelsea, invited us to his 30th birthday party. The party venue was this house in the Hamptons (I forget which Hampton it was in) that belonged to this really great old gay guy.
The house was incredible, I mean look at it.
I wish I could have gotten a picture of the front of the house, but we were late and it felt weird. But I do think what I have will suffice. 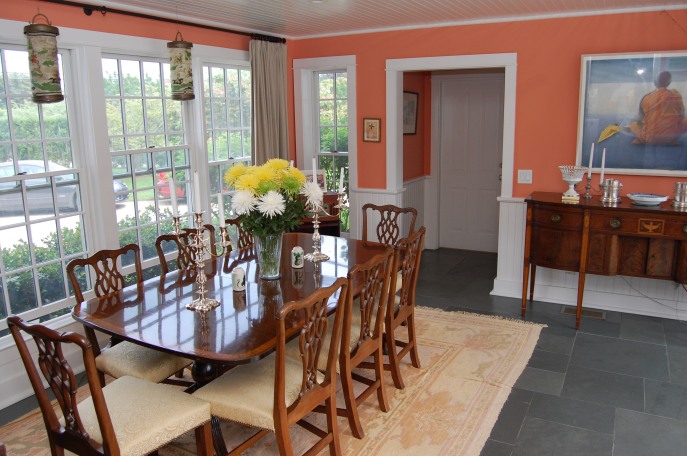 This guy’s pool and yard were incredible too. 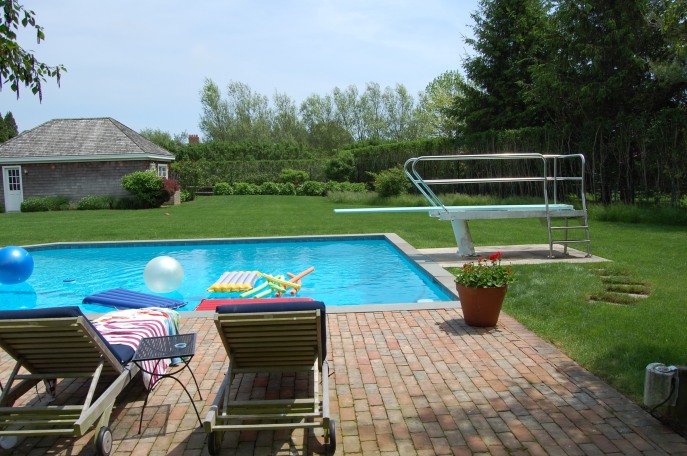 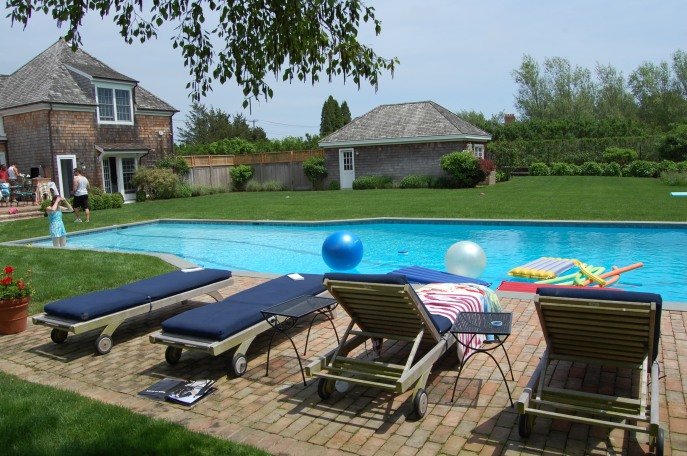 The guy that owns the house has all these antiques – even little things like his mother’s ration cards from WWII. He also has tons of vintage clothes that belonged to his mom (that part was a little weird) and he let my sister and me dress up in them and borrow swimsuits – we had no idea this would be a pool party, and we were embarrassingly overdressed (or at least I felt awkward.) I decided that since this guy had wonderful old clothes and such a nice house I should do a sort of pinup photo shoot (I’m no photographer, but I do love taking pictures and telling stories with them and everyone in the city I’m from is obsessed with getting pinup pictures taken. My sister, who is vain as shit, was up for it of course.) Here’s our favorite picture of the batch.

I got a few shots of my sister messing around with Collin.

And here I am, making weird faces – I put these up because they showed a bit of the house. 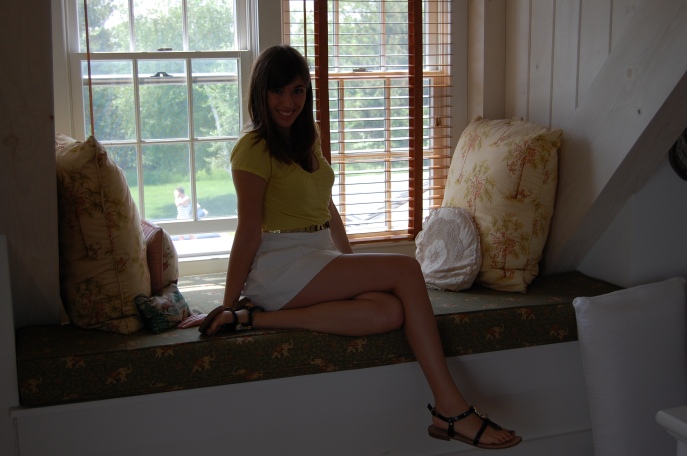