Before I get carried away writing this, I need to establish that I am not a baby person. Being near babies freaks me out. If baby anxiety is a real thing, then I definitely have it. If I hold or touch a baby, it will immediately start fussing or crying – I call myself the anti-baby whisperer – and it terrifies me. I don’t want to have any kids, but I feel like if I did have a baby, I would go into anxiety overload because I wouldn’t be able to give it what it wants or make it like me. Some people are great with babies; then there are people like me.

Around 10 months ago, a baby came into my life. It’s a more intimate relationship than most of the baby situations I know of, which are limited to my aunt and uncle having two babies in the past five and a half years and all the teen moms I stalk on Facebook. No, this baby and I shared a father – that’s right, I am 20 years old and have a 10-month-old half-sister.

Our relationship was pretty stunted for many months, because the majority of time I am away at school, and she is two hours away at my dad’s house. I don’t think I existed in her memory for the first six months of my life, because, well, I wasn’t there for it. What’s a weekend-long visit home to someone who hasn’t even developed a long-term memory yet? So for a really long time, our relationship kind of went like this: I thought she was cool because she is smart, but I hated it (key word: panicked) whenever she cried or became upset around me because there was absolutely nothing I could do about it except tell someone she liked a problem was going on; she didn’t really know who I was, and if I held her or something she got scared.
Note: I will say that she liked me shortly after she was born. This might have been because I tried to communicate with her by imitating her facial expressions.

But then something wonderful happened: winter break. I had three and a half weeks off from school, and that meant I actually had time to bond with the baby. Almost every morning (um, okay, afternoon) after I woke up, I would just go to her room and hang out with her. Mostly I watched, because that’s what I’m best at  when it comes to babies. Watching her try and learn to walk and grasp the pronunciation of many syllables made me think of how difficult being a baby actually is.

If you ever get the opportunity, I recommend observing the interactions between babies and animals

Think about it. I will admit that when my half-sister was born, I was extremely envious of her because she got to sleep all day long and I didn’t. She didn’t have to worry about school for a few years. All she had to do was chill at home and play with toys and enjoy having such a short attention span.
But I was wrong. You know what babies spend the majority of their time doing? Trying to be just like you and me. This whole time, I have been envious of someone who dreams of accomplishing tasks I find fairly simple, like speaking, writing, and eating without having someone force a spoon down my throat.

Don’t mind me, I’m just being a genius

Babies just want to be people – they are incredibly aware of what separates themselves from the rest of us, and they are constantly trying to change it. Babies are always babbling not to amuse us, but to communicate with us. I think they know most of what they’re saying is complete gibberish, but they’re probably telling themselves that after so many mistakes, real words will start to come out. It’s fascinating. It’s science and psychology and – yes, I’m going to say it – Paradise Lost and Songs of Innocence and Experience in real life. Babies have the luxury of being completely innocent, but they cast it aside for knowledge because they want to be like the older people they aspire to be like one day.

Babies are driven little geniuses that should not be taken lightly.

Well, basically I had one of the most incredible weekends ever. I ate a lot, ate some more, got to eat rhubarb, got to eat dumplings, went to the Gay Pride Parade, ate sandwiches and tarts in Central Park, took a nap in Central Park, listened to Michael Jackson in a taxi, and had the opportunity to tour Teen Vogue headquarters in Times Square – I was a little starstruck, so I couldn’t speak without sounding like an idiot the whole time, and all I could get out was “thank you so much,” “thank you,” “I can’t believe I’m doing this,” and “this is incredible.” I just hope I can end up in that building again someday – maybe every day.
And oh my god, I’m leaving for Europe in four days. 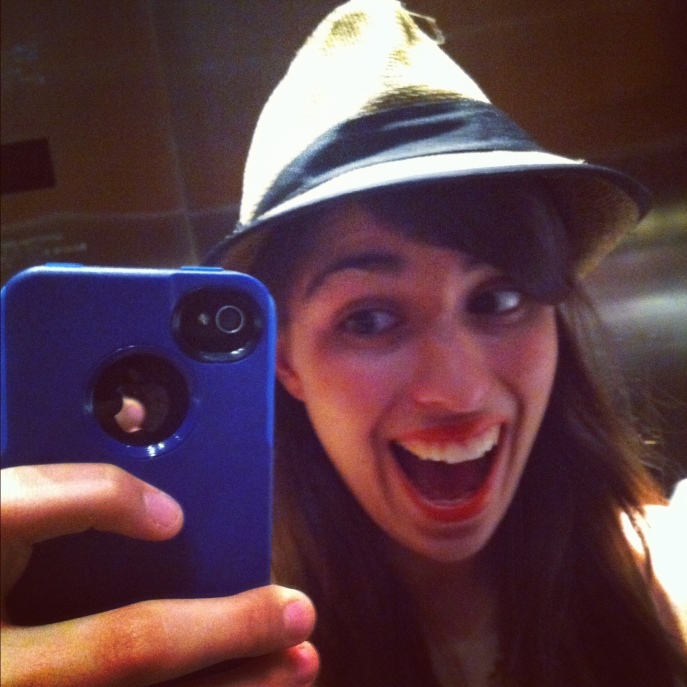 Part excitement, part me seizing the opportunity to make a funny face.

That’s right, I got into the Conde Nast building.

They handed me a Coach hat and Chloe bag to wear while my picture was taken. I didn’t hesitate!

I had to get one in front of the sign, come on.

Andrew gave me a souvenir. This isn’t in stores at the moment. 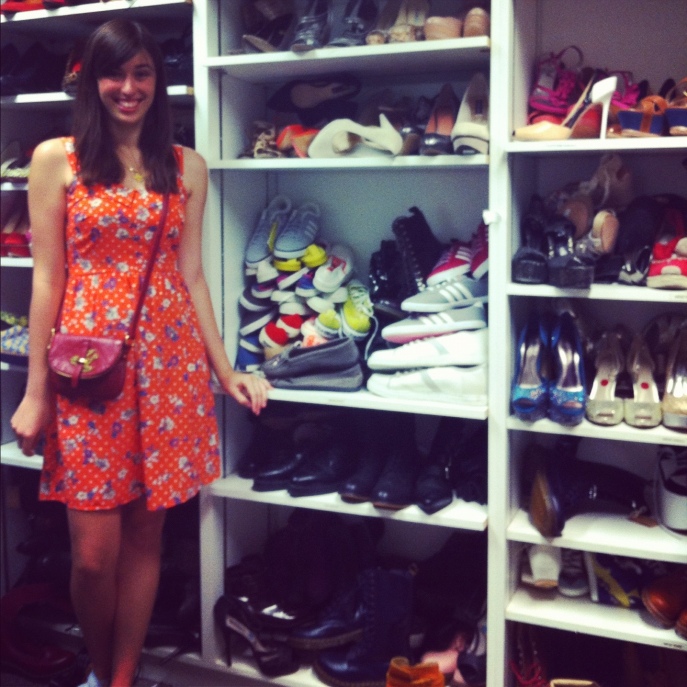 The pictures are blurry because I couldn’t stop shaking.

I just really liked this window.

Yeah, I’m not getting rid of this sticker.

Rhubarb crisp at The Little Owl. 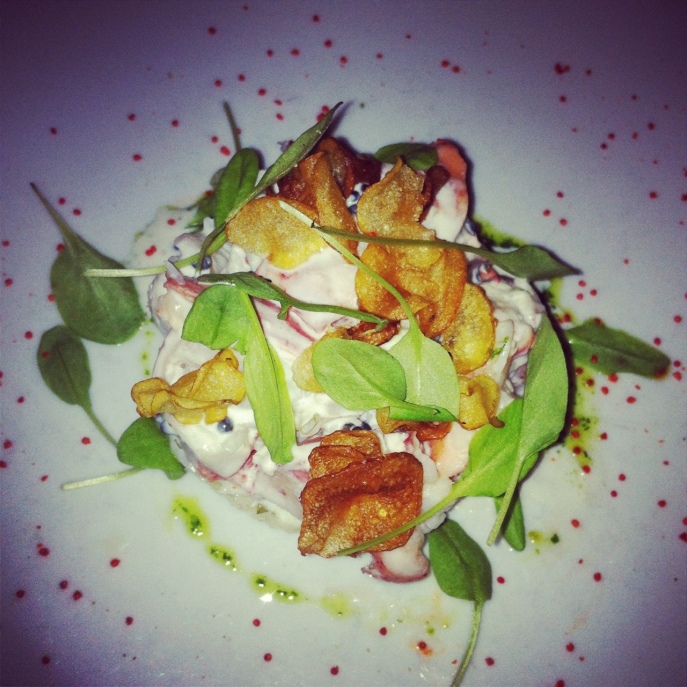 Lobster salad. It was oh-my-god good.